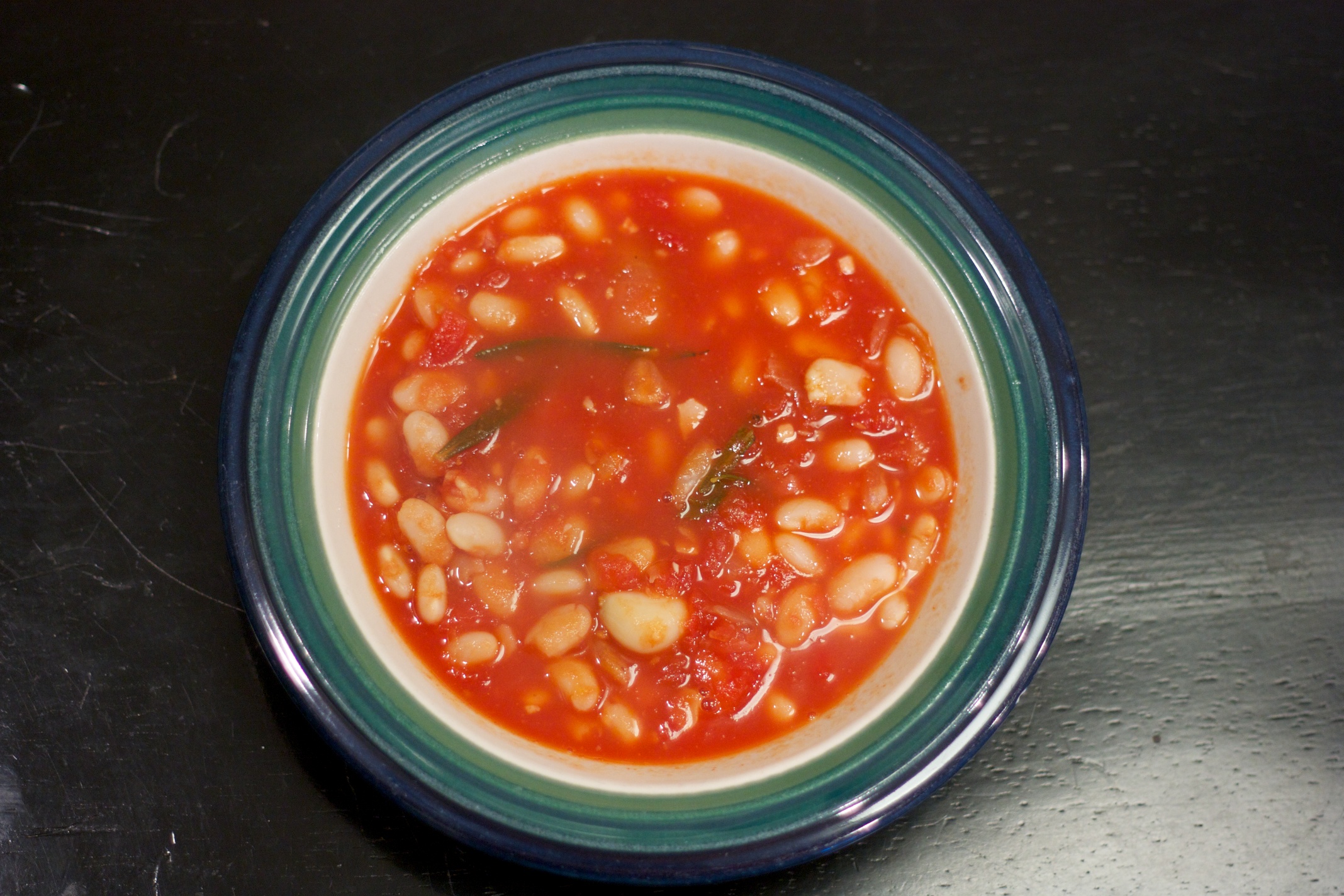 Convenience. It’s typically why I don’t use dry beans, going for the canned variety instead. While I plan dinners ahead of time each week, I rarely decide a given evening’s more than a few hours in advance. Soaking beans overnight requires more planning than the average Al Dente meal receives.

So, canned it is. Except when it isn’t. One of the things that stood out to me in Merrill Stubbs’ recipe at Food52 was the rapid soak-and-cook method of handling the beans. It worked…sort of.

I was a little disappointed that the beans weren’t softer, even after soaking them before boiling. In total, I soaked the beans for two hours, boiled them then let them sit for another hour. They were still a little too hard.

Next time, maybe I’ll plan ahead and do the overnight soak.

WHAT WORKED: Shallots and garlic. Wonderful on their own. Wonderfuller together. The garlicky punch and subtle bite of the shallot make for a solid base that permeates the beans.

WHAT DIDN’T: The beans thing. I don’t know. Maybe next time soak for two hours, boil, then stand for two hours?

WHAT DID THE WIFE SAY: After a gluttonous evening at Texas de Brazil, she requested soup. She approved of this recipe’s overall lightness.

WILL IT MAKE ANOTHER APPEARANCE: Yes. I want to get the bean soaking thing right.

After rinsing and picking out any discolored beans, transfer them to a large saucepan or Dutch oven. Add enough cold water to the pan that there is about one inch of standing water on top. Let stand at least one hour, up to two hours.

Check the water level, add more cold water to return to the one-inch level in case the beans absorbed too much. Set the pan on the stove and bring to a boil over high heat. Let beans boil for 2 to 3 minutes, cover, then remove from heat. Let the beans stand for an hour.

Drain the beans and return them to the pot, then add the stock, shallots, garlic, celery, carrots, rosemary and Parmesan rind. Drizzle olive oil over the top and add a large pinch of salt. Set the pan over a burner on high and bring to a boil. Lower the heat to a bare simmer and cook uncovered for 40 minutes.

Add the tomatoes and cook an additional 20 minutes. Using a slotted spoon, remove the herbs and vegetables. Adjust flavor with salt. Serve hot with grated Parmesan on the side.