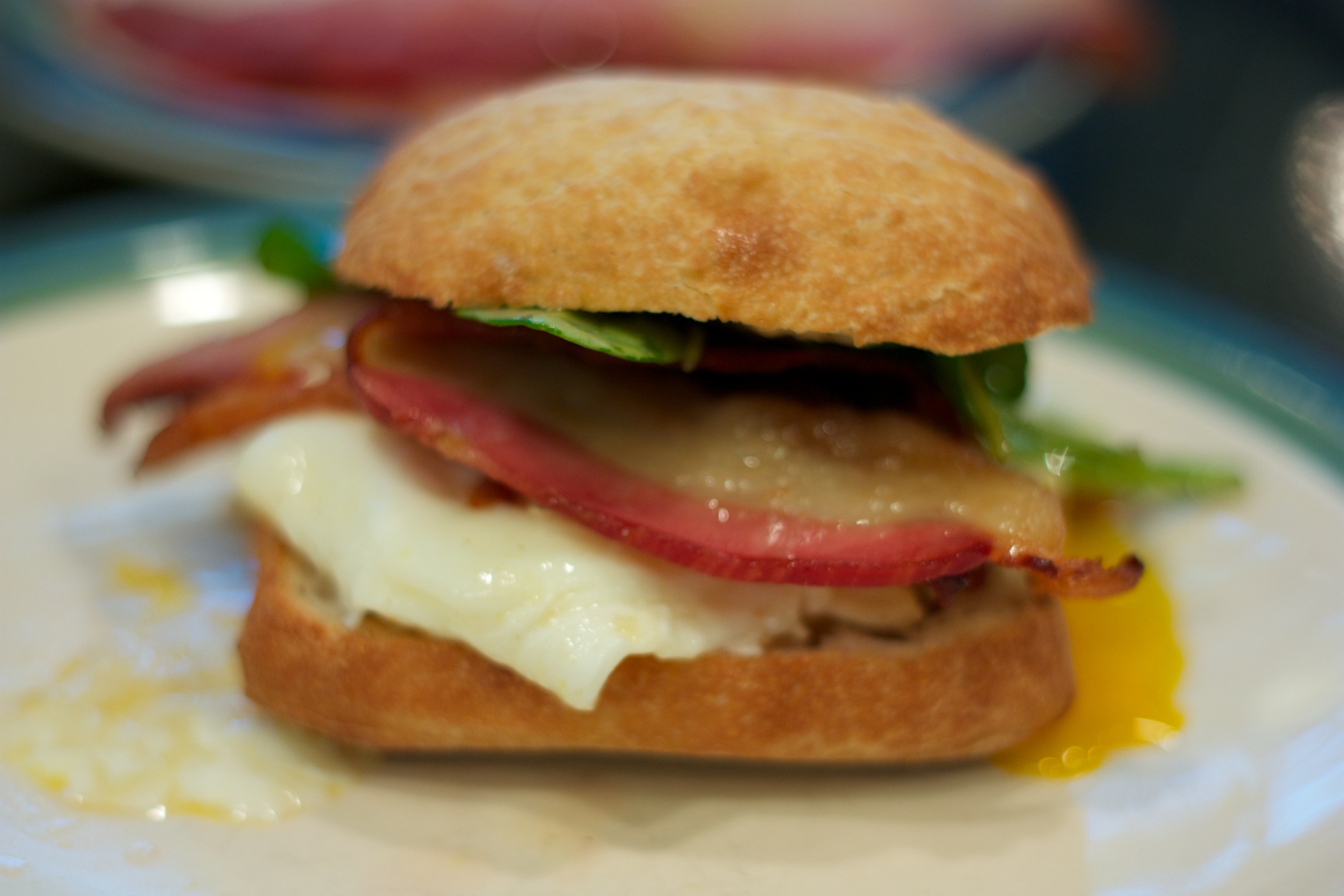 Before we get going here, I think it’s necessary to say a couple of words about bacon. I think we can all come together on the fact that bacon is both extremely tasty and not good for you at the same time. I think most of us will agree that the best bacon is made by your butcher in the backroom of his or her shop. If you’ve never had fresh bacon, get to Bostrom Farms, Side Hill Farmers, The Piggery, or a meat store near you.

I think we can also agree that turkey or tofu bacon is actually a by-product of the Cold War, manufactured by the Soviets to break us apart as a nation.

If I were to make a suggestion to you, dear reader, it would be to spend money on your bacon. Ever notice cardboard shelving in your meat department holding boxes of unrefrigerated bacon? It’s usually $2 to $3 cheaper than the stuff in the refrigerator case. And it’s garbage. It’s fully cooked and shelf stable, but loaded to the gills with preservatives. And what do the preservatives do? They take up room in the bacon for more bacon.

So remember kids, refrigerated bacon is the best bacon. 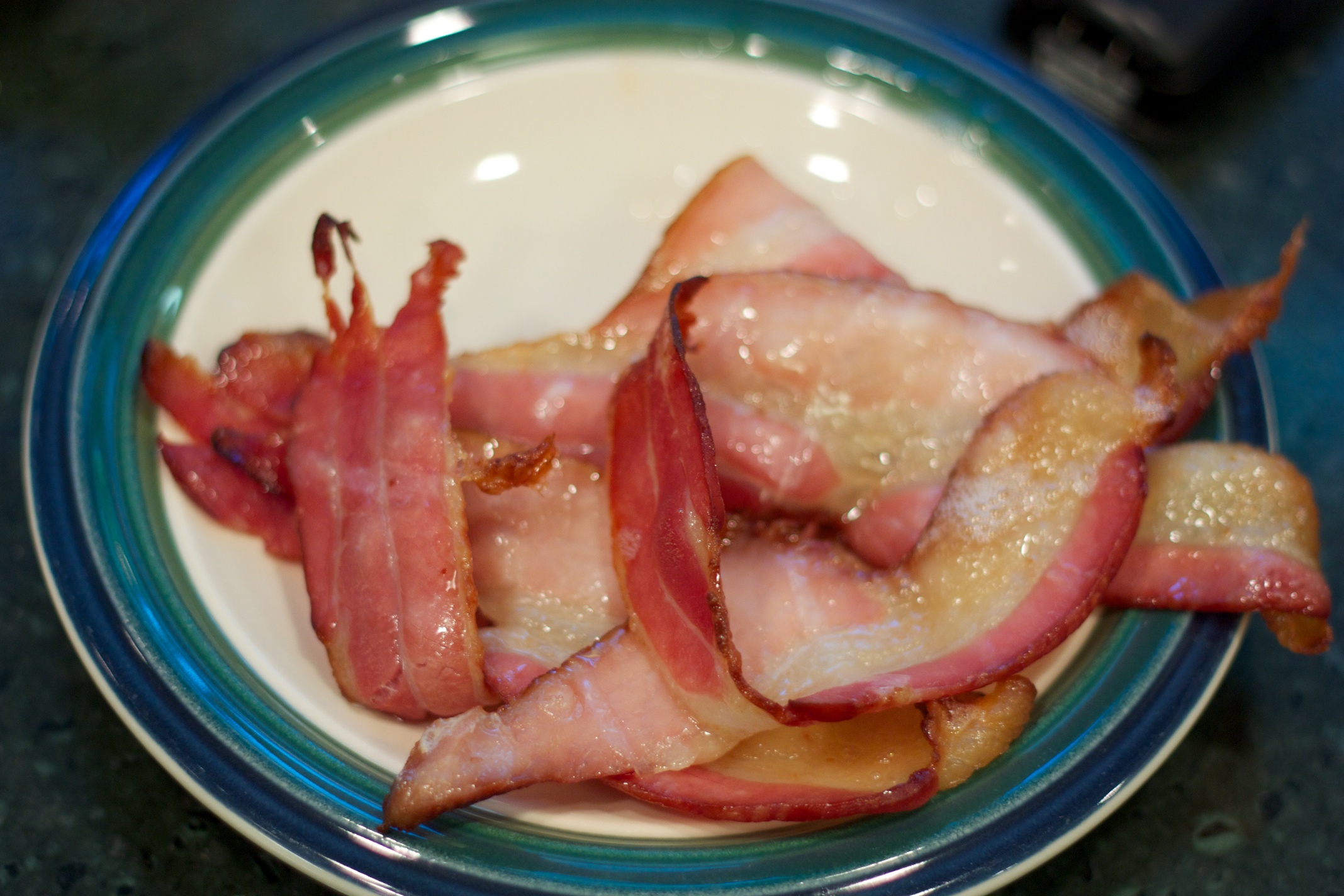 And now, a breakfast sandwich for dinner.

WHAT WORKED: Refrigerated bacon. Also, the temptation would have been to scramble the eggs, but the bursted yolk from the fried eggs was something special.

WHAT DIDN’T: Wegmans. The Grandmaster Tom Colicchio’s — whose ‘wichcraft cookbook delivered two consecutive evenings of meals — original recipe called for frisee. Wegmans doesn’t carry frisee. As a matter of fact, it carries nothing resembling frisee. I used arugula instead.

WHAT DID THE WIFE SAY: Nothing, actually. Absolutely nothing.

WILL IT MAKE ANOTHER APPEARANCE: I don’t know. It was quite good though. 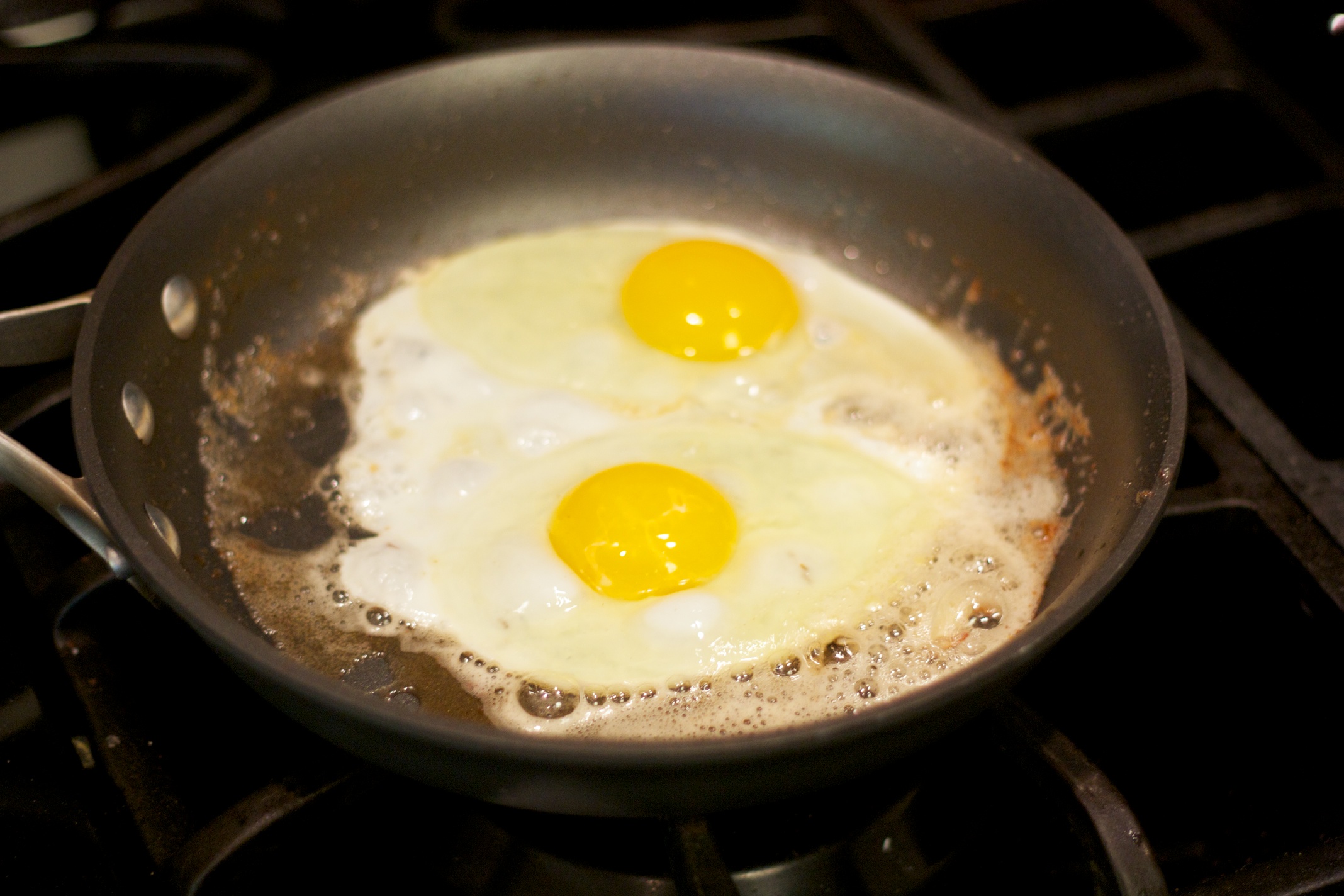 Fried Eggs with Bacon, Gorgonzola and Arugula
Adapted from ‘wichcraft: Craft a Sandwich into a Meal by Tom Colicchio

Preheat your oven to 375 degrees and set your oven racks in the bottom half of the racks.

Set a cooling rack into a baking sheet and lay the slices of bacon on the rack. Transfer to the bottom rack of the oven and cook 15 minutes.

Slice the rolls in half and spread an equal amount of gorgonzola on each half. Place baking sheet in the oven on the next rack up.

In the meantime, whisk the oil and vinegar together with salt and pepper (to taste) . Toss with the arugula and set aside.

Melt the butter in a skillet over high heat. When the butter melts, add the eggs to the pan and cook until the whites are stiff.

Remove the rolls from the oven and assemble the sandwiches, layering the eggs, then bacon, and then the arugula. Set the top of the roll on the sandwich.