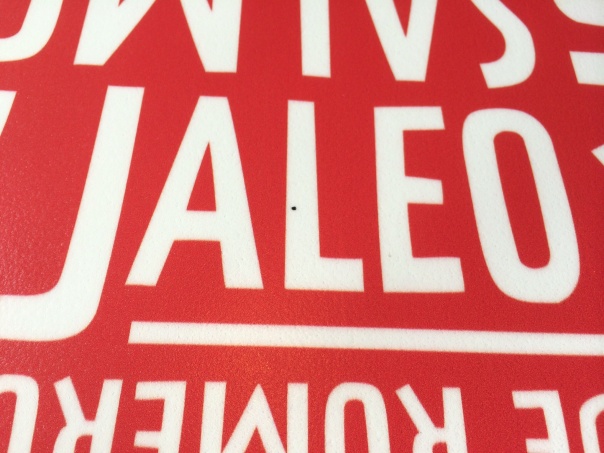 Tapas are the smorgasbord of the new millennium. In the 1970s and 1980s, smorgasbord became interchangeable with “all you can eat restaurant buffet,” losing its Scandanavian heritage along the way. Tapas have become a bastardized American restaurant style of eating a lot of high-priced appetizers.

Of course, the spirit of tapas is sharing. If you haven’t watched the episode of Anthony Bourdain’s Parts Unknown where he visits Andalucia, I would encourage you. Not only because the show was a showcase of a beautiful part of the world, which it was, but it explains the origin and communal spirit of tapas. The scene where Bourdian and his friends sit in the plaza sipping wine and eating food seems impossible to replicate in America. One, it’s just not our country’s style. Two, for some reason daydrinking is frowned upon.

In Syracuse, we have Laci’s Tapas Bar and, a little to the east, Zabroso. The former focuses on the communal dining experience; the latter is fine dining and traditional Spanish cuisine. But, there really isn’t a Spanish tapas outpost in the area

Jose Andres, the world famous chef from Spain, has built a culinary world around tapas. In Washington, D.C., he has the amazing Zaytinya, a Greek tapas-style restaurant in the Penn Quarter. It’s his Jaleo brand, though, that is replicated in three storefronts in the National Capital area, as well as Las Vegas.

Jaleo in Bethesda sits in the tony Bethesda Row area of shops and eateries. The dining room was quite full on Saturday afternoon when we arrived, but were seated almost immediately. The full menu is available on weekends, including brunch until 3 p.m. and paella all day. We skipped, but inquired, about the days choices — chicken and mushrooms, and a black paella made with squid ink. While intriguing, we were there with tapas on the brain.

A lengthy wine list, including a handful of domestics and a wide selection of Spanish wines, carried a lengthy explanation about the Spanish tradition of winemaking and how the choices were specifically made for this menu. A list of specialty cocktails included Andres’ take on a margarita. Silver tequila and triple sec were mixed, as per usual, but instead of a salt-rimmed glass, a saltwater foam was layered on top like a cappuccino. This “salt air” was one of the strangest and most beautiful food things I had ever seen.

In terms of food, the menu is broken up based on the type (meat, fish) or preparation (fried, charcuterie). There are about 70 different items on the menu, all with Spanish names. Our server, a Spanish expat, took time to work through my broken Spanish and my friend Mary Kate’s lack of Spanish. Since I am writing this on an iPad, I’m going to skip the back and forth of copying and pasting Spanish names and just go through the items one by one: 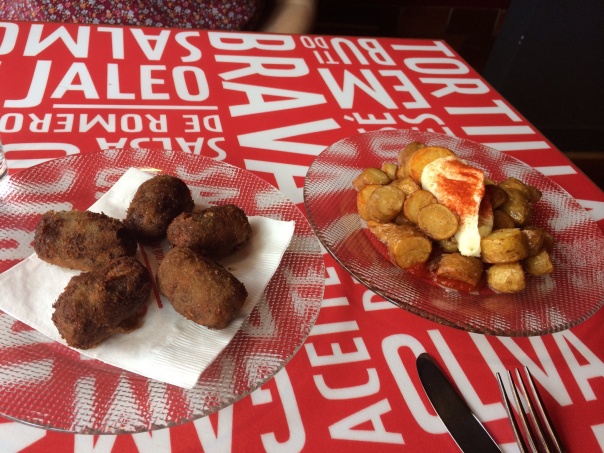 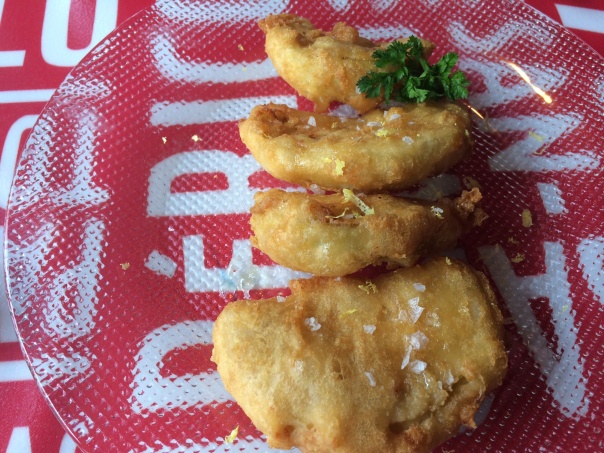 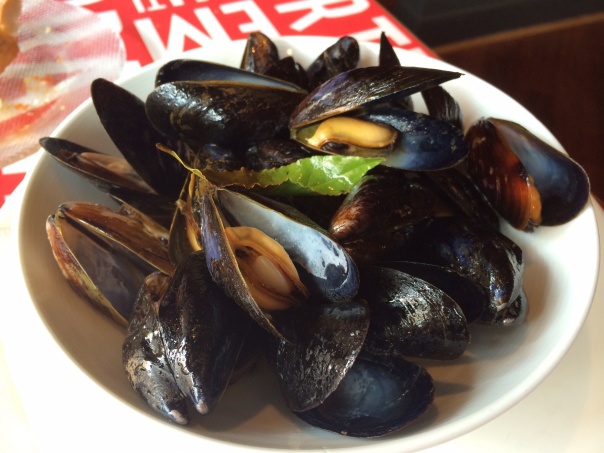 Tapas were alive not only on the table but in the delivery of food. The oxtail and patatas came out first, followed by a lengthy lull, and then the chorizo and eggplant. Things were spaced out deliberately and in the Andalusian spirit of not rushing through the meal. Drinks flowed. Conversation never stopped. And our server made it clear that we could stay there as long as we wanted (or as we ordered food).

I was going to skip dessert but was pressured by Mary Kate to order. She had flan, which she said was the best she ever had. My chocolate mousse was a dense, flan-shaped dessert served with a salted caramel drizzle and roasted peanuts, and came recommended by the server. 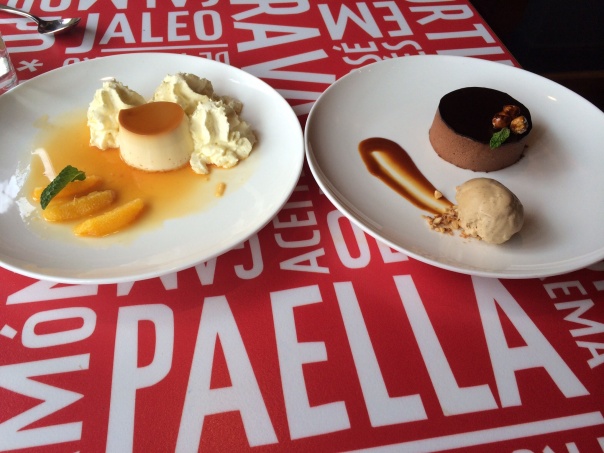 A few weeks back, the aforementioned former Spanish teacher complained on Facebook that there was not a strong tapas entry in the Syracuse market where her students could experience the holistic experience of small plates of traditional Spanish food, spirited conversation and communal dining with a relaxed, European-style attitude. Laci’s is as close as it gets for us. Jaleo does it.

Bourdain’s episode from Spain may be the closest I ever get to a plaza in Andalucia. But, I did get to Jaleo with one of my longest and dearest friends. And that is close enough for me.

Jaleo has three locations in the metro Washington, D.C. area and one in Las Vegas. It is open seven days a week. Reservations for dinner are highly recommended for dinner. Lunch, dessert and drinks for two took more than three hours and was $125 before tip.