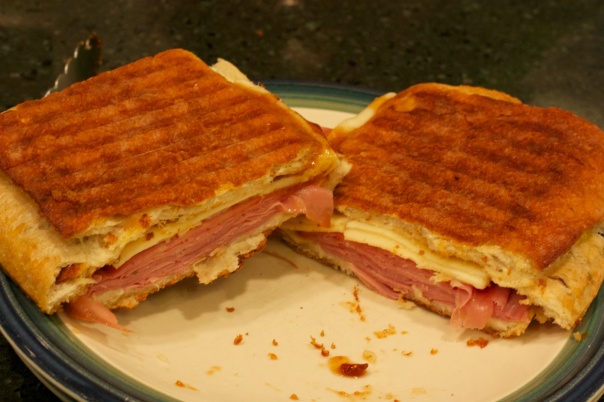 Eventually, you reach a point in your adult life when you can no longer eat bologna. Or should, for that matter. It’s terrible. I mean, it was great when you were a kid and your parents loaded you full of it because it was cheap meat and you wouldn’t eat anything else. But, the only thing natural about bologna is that some of the meat once came from an animal.

Listen, I’m under no delusion that lunch meat is particularly good for you. What I’m saying is that you cannot possibly do worse than bologna because, well, there’s nothing worse than bologna. It’s not possible to load more sodium, sulfates or other chemicals into a foodstuff. Okay, maybe Velveeta. I digress. Bologna is terrible. 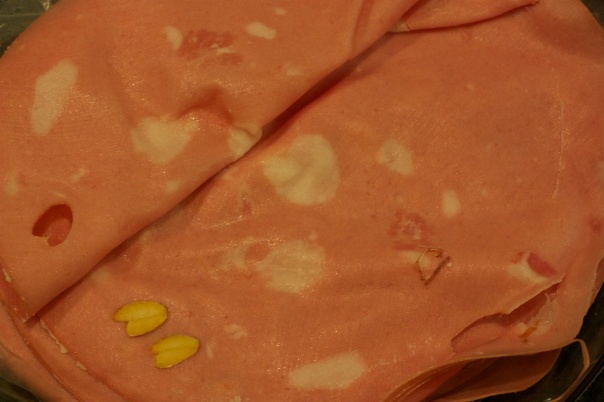 Mortadella is adult bologna. It’s actually from the Bologna region of Italy. What we’re talking about here is basically the same stuff: pork or beef that has been ground beyond recognition and cased. The difference comes in the assortment of additives. For mortadella, it’s typically pistachios. Truffles are also used in artisan mortadellas, like those made by Boccalone.

So, if you’re going to eat bologna, grow up and branch out to mortadella, the bologna of Bologna. Say that 10 times fast.

Anyhow, Kathy Strahs’ original recipe at Panini Happy calls for you to make your own fig spread, but a while ago I picked up a jar of Dalmatia Fig Spread for a different panini recipe. It has been hanging around ever since and this was as good a time as any to use the rest. The storebought takes less time to prep and is probably not much more expensive, since you will end up having to buy more figs than you need.

Oh, since I like cheese and had some extra Taleggio cheese in the fridge, I added a layer to the bread. A little extra creaminess doesn’t hurt in this sandwich. 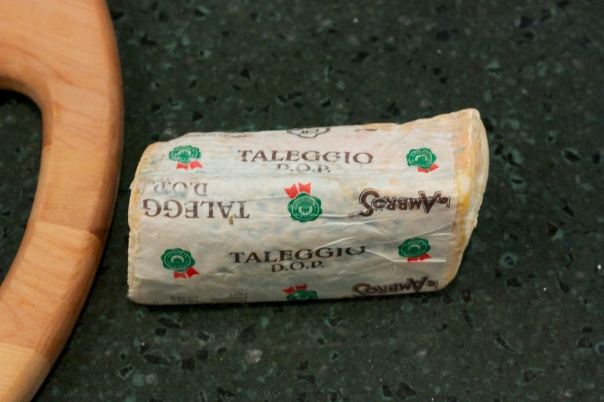 Preheat your panini press as directed by the manufacturer. 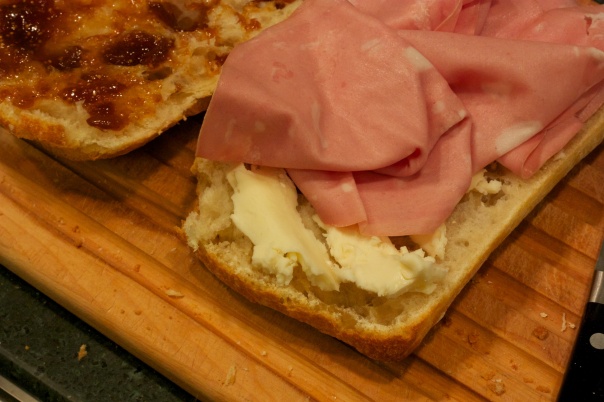 Slice your loaf in half and spread the fig jam across half of the bread. Layer the mortadella across the bottom of the bread and top with cheese. Top the sandwich with the other half of bread and brush with olive oil. 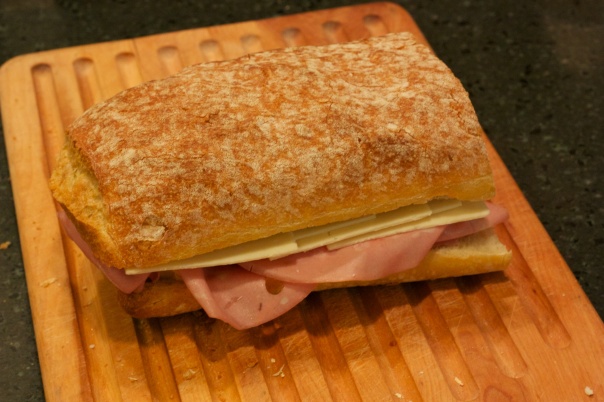 Put on the grill and close the lid, pushing down to flatten the sandwich. Cook 5 to 6 minutes to toast the bread and melt the cheese.